I'm getting a haircut today--just a trim, but this song has been stuck in my head since yesterday. It's a good one, thankfully.

Email ThisBlogThis!Share to TwitterShare to FacebookShare to Pinterest
Labels: music

Colorado Is The Place To Be

Well, in April anyway. Right now it's sort of brown, windy and a little boring if you want to know the truth. But in April, there are two (!) conferences of interest:

Colorado Teen Literature Conference: this is a little gem of a conference for readers and writers of teen fiction (this includes MG, not just YA). I went last year, and had a great time. This year, the one day conference is held on April 2 with keynotes Pete Hautman and Rachel Vail. Oh, and it's in Denver.

Pikes Peak Writers Conference: super conference if you're ready to pitch a manuscript, want to meet your favorite writers, need a little advice on craft, or get the latest on the publishing biz. This one is a four-day event, so pack your powerbars, Vitamin Water and bananas. Great fun though, and good food too. And Colorado Springs really is as pretty as this picture.

Email ThisBlogThis!Share to TwitterShare to FacebookShare to Pinterest
Labels: conferences

Don't we all wish we could move water like Adele? Her new album is out next month, can't wait. 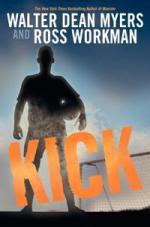 I'm a great fan of Walter Dean Myers, so when I saw that School Library Journal had an interview up, I went over there pronto to take a look. And how cool is this story: after a teen fan sent him an email, Myers decided to cowrite a novel with him.

Read the interview here--such an uplifting story, I think. Oh, and the book is called Kick, and comes out Feb. 1. Looking forward to it already.
at January 21, 2011 No comments:

The Edgar nominees have been announced! Thank goodness, because my TBR pile was starting to look less like a sidetable and more like a doorstop. Check out the full list at MWA; I'll give you the Juvenile (mixed bag of MG and earlier readers) and YA here:

Very exciting during this dreary January! I've read none of these (shame on me), so I look forward to diving in. And as always, I'll keep you posted on what I think of all these books, just in case you care.

Email ThisBlogThis!Share to TwitterShare to FacebookShare to Pinterest
Labels: YA Edgar nominees

I love a good heist movie. Take Ocean's 11, The Italian Job, Ronin, The Maiden Heist--they're just such fun. There's nothing like wondering if our bad good guys pull it off, and how they'll do it. And then there's always a little bit of a feeling that the little guy won, that we stuck it to the man.

Of course stealing is bad, even if it's good entertainment. Janet Rudolph's Mystery Fanfare blog has a collection of the most impressive heists--check it out. Some bad dudes there that got away with it. Great story material for us writers; I hope to write a good heist book some day.

Which made me wonder: anyone have heist book recommendations? I couldn't think of a single one, unless some of these movies are based on books and I missed it...
at January 18, 2011 3 comments:

Email ThisBlogThis!Share to TwitterShare to FacebookShare to Pinterest
Labels: Movies 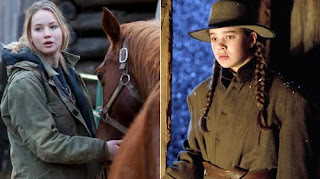 There's an interesting article up at the L.A. Times online about the depiction of teen girls in movies. Girls have more grit these days, and Valley girls are out is the short of it. We like grit here, so good news, right?

Monday Music: Lean on Me

To inspire a little kindness on this Monday. So much better than that awful Club Nouveau version they always play on my evergreen music station...

Email ThisBlogThis!Share to TwitterShare to FacebookShare to Pinterest
Labels: music 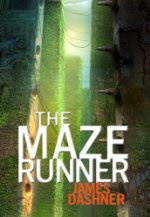 I caught this bit of news on Omnimystery yesterday: apparently, the film adaptation of The Maze Runner (YA novel by James Dashner) has found a new script writer. For those of you who haven't read the novel, it's a thriller about a kid who gets locked in a maze called the Glade, from which escape seems impossible. It's pretty good.

That bit of Hollywood news wasn't all that interesting, but it did make me think about movie adaptations of books. For me, once I've read the book, I don't want to see the movie. It's bound to be disappointing is my philosophy.

But then if I see the movie first, I sometimes go and read the book, and that's also unsatisfying. For example, Jumper was a cool YA-ish thriller, but the book was a MG that sort of missed the mark for me. Maybe it was the expectation of it being like the movie, I don't know. So now I read the book or watch the movie, not both.

How about you? Any great book adaptations that come to mind? Or any movies that were better than the book?
at January 06, 2011 5 comments: 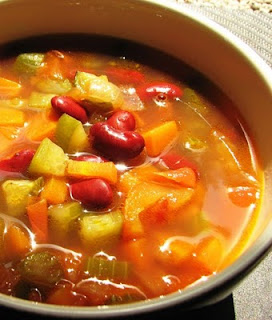 I know, I'm a bit late on the new year's wishes, but there you are. My friends are posting their goals for 2011, and accomplishments for 2010--I was ashamed to admit I couldn't remember my goals for 2010... Thankfully, Blogger archives better than the YA Sleuth, so I looked back. Apparently, last year I vowed to write more short stories.

I did write a bunch of other stuff in my defense, but still. No soup for me.

So for 2011, I'm aiming low. I know I'll probably be moving house sometime this summer (destination as-of-yet unknown), and that will get nutty. So my goal for 2011 is to write something new, and cook a good minestrone soup (not writing-related, but hey). I'm keeping it simple, and setting the bar nice and low.