Bringing some soul to your Monday with Leon Bridges

Sounds so much like the old Motown stuff, it's hard to believe this is new music. Nice.

Hope you have a great week, all!

I love to get lost in research. Although I estimate that I only use about one percent of the information I find, it's fun to get lost in biographies, maps, and old photos. Researching the Hollywood silent film era for Double Vision: The Alias Men was absolutely fascinating. And watching old Chaplin movies may have been the best of all...

I thought I would share some of the links and books, in case you feel like joining in. Great for the classroom, if you're an elementary/middle school teacher!

My Autobiography by Charles Chaplin

Great insight into Chaplin, silent cinema, and the people of his era. I really enjoyed his astute observation of people. At times funny and moving all at once, much like his films.
A must-read, in my opinion.

Fascinating look at the film sets of Chaplin movies; Bengtson also published books on Buster Keaton and Harold Lloyd film locations. If you're a film buff, these books are for you. You can read a Denver Post interview with the author here. 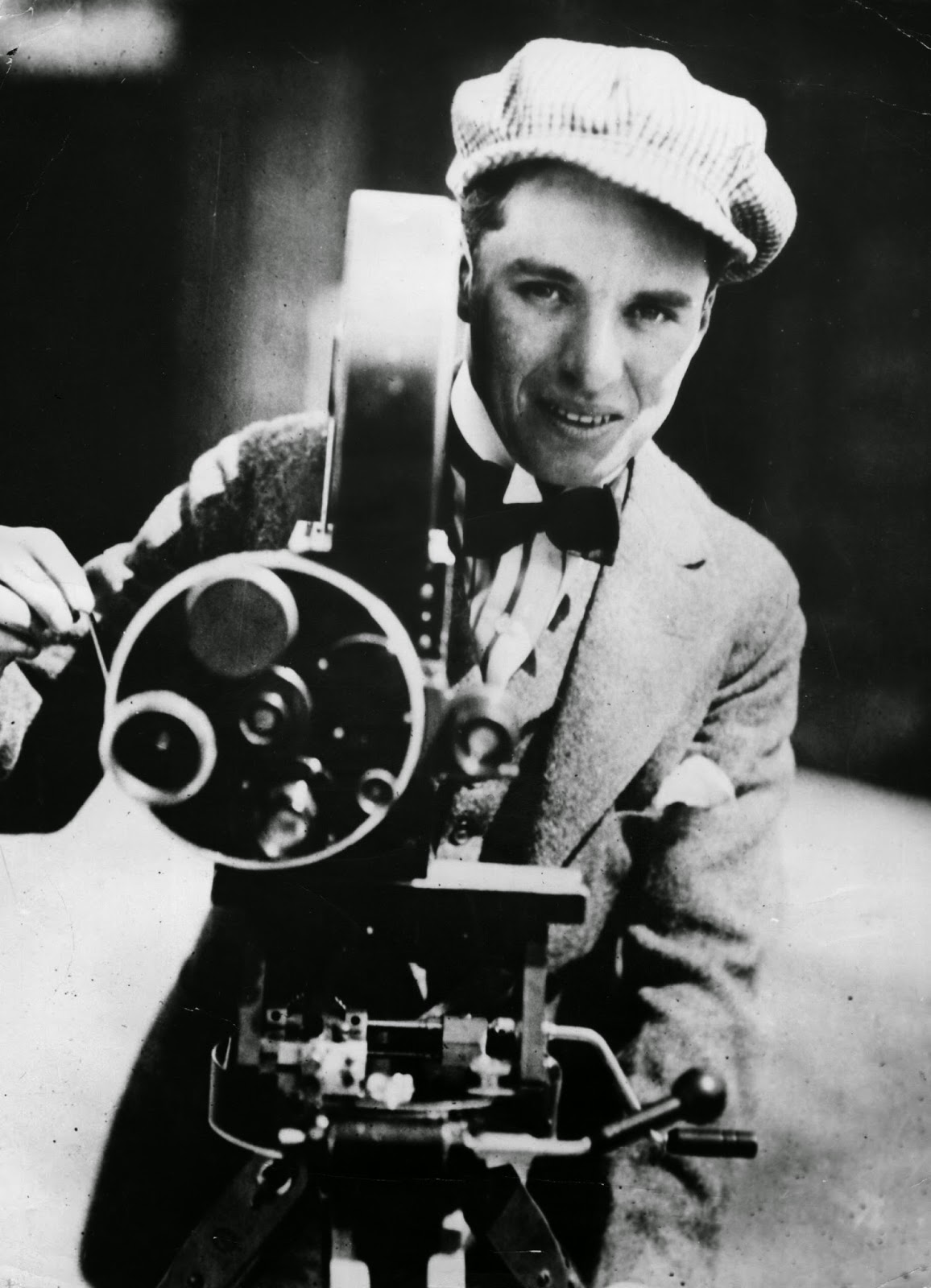 The Great Depression: a curriculum guide from FDR Library (for educators).

For educators: here's a teacher's guide to Double Vision: The Alias Men to use in the classroom. 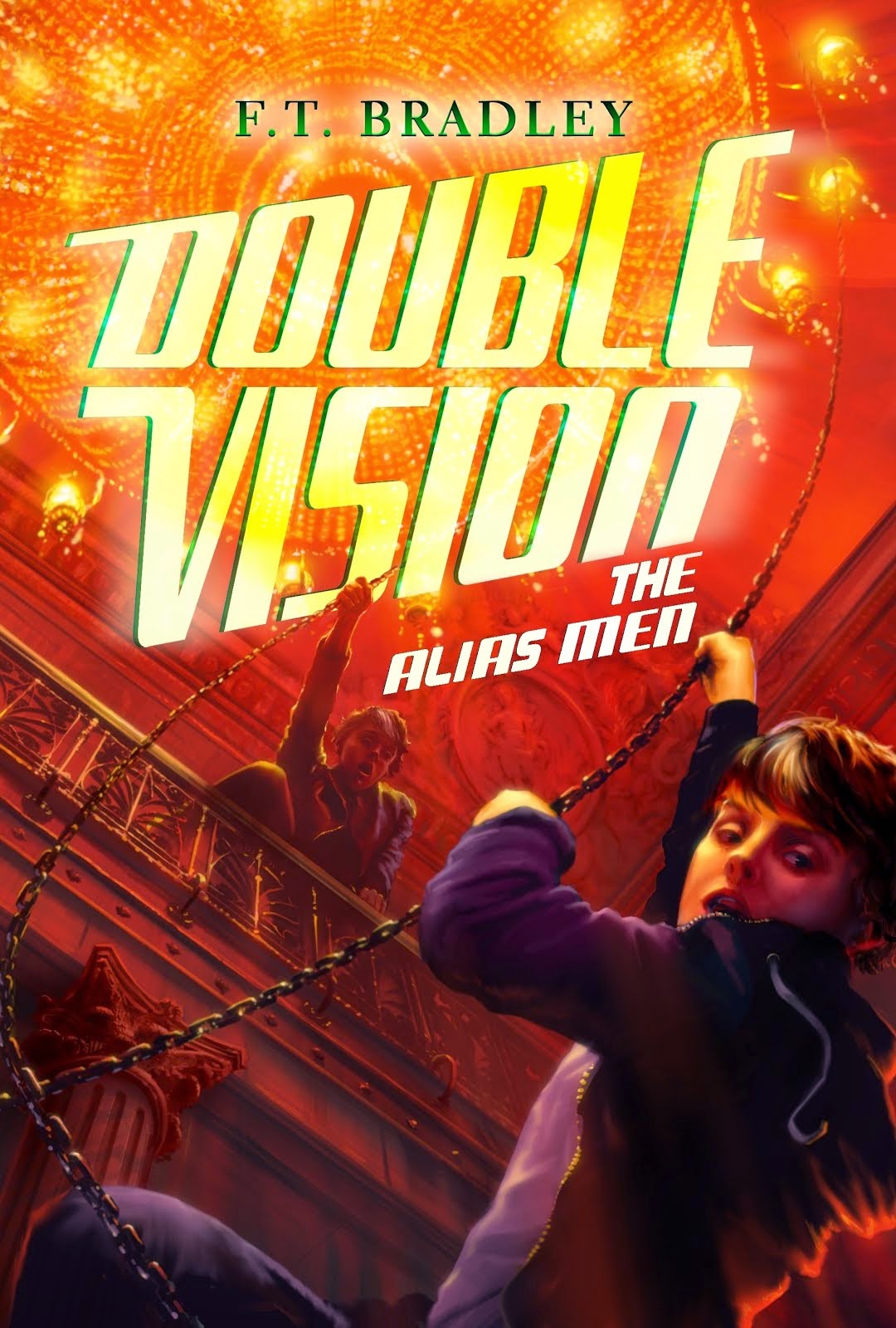 It's Oscar week! It kind of snuck up on me, to tell you the truth...

In case you're wondering why it matters: Double Vision: The Alias Men (Linc's third adventure) sets in Hollywood, with the final scenes during the Academy Awards. It was a lot of fun to take the story there. The ending is pretty over-the-top--such a blast to write.

To celebrate, I thought I'd give away a copy (U.S. only, postage is wicked expensive overseas...) of Double Vision: The Alias Men. Later this week, I'll share some resources I found during my research for the book--all about Charlie Chaplin, silent films, and Hollywood history. Cool stuff.

In the meantime, here are the nominees for Best Animated Feature, since those are kid-friendly. I'm ashamed to admit that I have only seen the Dragon 2 movie (which was fun). Any guesses on the winner...?

Here is the full list of categories and nominees.

Thursday YA book review: I Am The Messenger by Markus Zusak 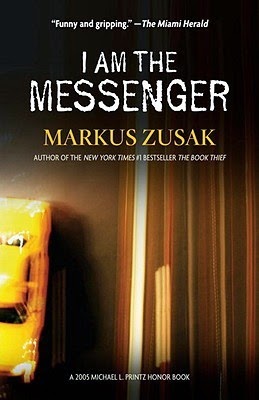 Ed Kennedy is an underage cabdriver without much of a future. He's pathetic at playing cards, hopelessly in love with his best friend, Audrey, and utterly devoted to his coffee-drinking dog, the Doorman. His life is one of peaceful routine and incompetence until he inadvertently stops a bank robbery.
That's when the first ace arrives in the mail.

That's when Ed becomes the messenger.

Chosen to care, he makes his way through town helping and hurting (when necessary) until only one question remains: Who's behind Ed's mission?

Although The Book Thief is Zusak's hit novel, I really like his earlier books. It's hard to find YA with a strong guy protagonist, and Zusak nails these every time.

I Am The Messenger is gritty, and would technically fall in the New Adult category here in the States (Ed has graduated high school, even if he sort of stalled out since). I liked the mystery of the cards, of the messages, and of the muscle dudes coming to beat Ed up. There's plenty of humor, and the whole novel hinges on character, which is what makes it so great.

I Am The Messenger is one of those books that transcends genre classifications like YA, mystery, whatever. It's just a great book. Highly recommend for anyone over fourteen.

Email ThisBlogThis!Share to TwitterShare to FacebookShare to Pinterest
Labels: I Am The Messenger, Markus Zusak, recommended YA/NA, YA book review, YA Mysteries

CODE NAME 711 is out in paperback today! Here's to Linc and George...

Double Vision: Code Name 711 is out in paperback today! Very exciting, since I love paperbacks. There's nothing like a brand new book for just seven bucks, I think.

In case you're just joining the Double Vision trilogy conversation, Code Name 711 is the second book, set in Washington DC, city of spies... I have a soft spot for this book, since it gave me a chance to share a ton of cool spy history relating to George Washington and the Revolutionary War. Plus, Linc made a new friend in First Daughter Amy, and he got to see the White House... I love this book. I hope you'll have a chance to read it, and tell me what you think.

If you're an educator (or just a history nut like me), check out this post with resources related to George Washington and the Culper Spy Ring. Kid friendly and full of facts.

And in case you really want just the facts (ma'am), here's a review of non-fiction book for kids that pairs really well with Code Name 711, entitled George Washington, Spy Master by Thomas B. Allen.
Recommended for history buffs young and old.

I know it's not quite President's Day yet, or George Washington's birthday (Feb. 22nd), but I'm sure George wouldn't mind it if we have some virtual cake. Pass it around, guys!

Adventures in reading: should a series character change?

I love a good series. They're my comfort food, whether on TV or on the printed page. I already know the characters, know what story to expect... When my brain needs a break, I read/watch a series.

But sometimes, a series is just... Done. And it seems that's largely up to the writer. I recently read two 'big name' mysteries, series that had been going for a while (one was on book #30!).

One book had its detective character change, as you would expect a real person to. He was no longer the outspoken, slightly unstable hero from the beginning, but he still had a bit of rebellion at his core. This detective grew up. I liked this book a lot. Another book had two series characters, and although the mystery was good (really good, actually), the characters were completely flat. It was like the author had decided they weren't people who could change anymore. They were just there to deliver the mystery. Disappointing, to say the least.

What do you think? Should a series character change?

Is it possible for a series to be enjoyable without character change?

Email ThisBlogThis!Share to TwitterShare to FacebookShare to Pinterest
Labels: reading way past your bedtime, Series characters 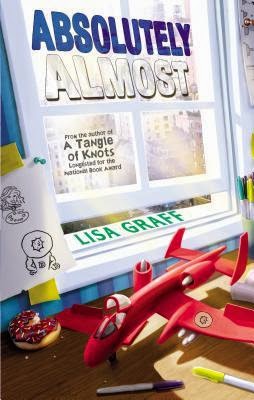 From the author of the National Book Award nominee A Tangle of Knots comes an inspiring novel about figuring out who you are and doing what you love.

A perfect companion to Lisa Graff's National Book Award-nominated A Tangle of Knots, this novel explores a similar theme in a realistic contemporary world where kids will easily be able to relate their own struggles to Albie's. Great for fans of Rebecca Stead's Liar and Spy, RJ Palacio's Wonder and Cynthia Lord's Rules.

Oh, how I loved Albie. He's sweet, kind--if very aloof sometimes. It seems like the kids around him 'get it', and he's just forever behind the curve. I think we can all relate to that at one point or another in our lives. Only for Albie, it's status quo.

The thing I loved most about Albie was how he managed to impact the people around him: his best friend, his parents, even his nanny Calista. So many people were changed for the better by his kindness.

I will say that Albie isn't really the kid who almost makes it, like is implied in the title... He's more like the kid who always comes in last, which is an entirely different thing. Special needs comes to mind as I read this story. Also, it's definitely a city life kind of book (the nanny business, etc.), and might be tougher for your average kid in my neck of the woods to relate to... Still, I cried more than once, which makes these minor things go away, I say.

Recommended if you liked Wonder by RJ Palacio. Keep your tissues handy.