Congrats to the Edgar Nominees!

The Edgar nominees were just announced--congrats to everyone who made the list! Here are the top contenders in Juvenile and YA:

You can find the full list of all category nominees on the MWA Edgars site. 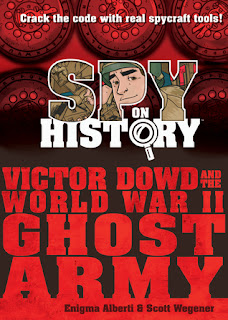 
Your mission: Find Victor Dowd’s missing sketchbook. And discover one of the most unusual stories of World War II.

Meet the 603rd Camouflage Engineers, better known as the Ghost Army. This group of artists and sound engineers were trained to deceive the Germans in World War II with everything from fake tanks to loudspeakers broadcasting the sound of marching troops. And meet Victor Dowd, a real-life sergeant who with his fellow Ghost Army troops fought his way from Normandy, through France, and eventually across the Rhine.

Second in the Spy on History series, it’s a compelling story of a little-known chapter from the war—and a mystery to solve. Using spycraft materials included in a sealed envelope, readers will discover and unravel the clues embedded in the book’s text and illustrations, and uncover the mystery of Victor Dowd’s missing sketchbook.


I can't say enough good things about the Spy on History series (first book was on Mary Bowser and the Civil War Spy Ring)--I wish it had been around sooner. I often do library/teacher convention talks on how to reach reluctant readers, and this is a perfect example of a non-fiction title that would bridge the gap between fiction and non-fiction for kids who may not like to read.


The story is one of those footnote-in-history ones, about engineers tasked with deceiving the Germans in WWII. We follow soldier Victor Dowd and the Ghost Army as their missions are challenging, and seemingly too difficult to accomplish.


I love how there are graphic novel-style illustration throughout, plus excerpts in bold, so the story visually moves along. The author does a brilliant job at building the arc of the Ghost Army's achievement, finding the thriller-like story in history, while not trivializing the sacrifice made by the people the Ghost Army was fighting for.


There's a historical note in the back, plus a code for kids to crack, which is fun. This book, and the series, is an exciting addition for MG readers. I'll look forward to the next book.

Happy 2018, everyone! I hope it’s a great year for you…
I’m making plans for 2018 (I like plans better than resolutions, which always seem a little vague), with equal parts writing and reading in the comfort of my office, as well as getting out into the world. I try not to be a hermit.
Here are my goals; share yours if you’re willing in the comments…

Writing
I’m working on a MG mystery, very fun and super structured in a mystery way, if that makes sense. A true whodunit for kids. It’s fun so far; I plan to spend January and probably part of February on the first draft. Kind of like a NaNoWriMo, only in January, which makes more sense anyway. January is cold and dull otherwise.
Reading
I made myself set a reading goal, fifty-two books, which is one a week. Totally doable, I say. I read from picture books to mysteries for adults; I’ll post more reviews here too, as I read. 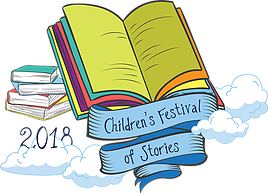 Okay, so it’s time for me to do more writing and reading, and less binge-watching. But I did get caught up on season two of The Travelers—love this science fiction series! It’s on Netflix… And of course, there’s Broadchurch. Still awesome as ever.
That’s it for me. Oh, and I want to take more photographs and learn to play the banjo. I’m aiming high this year.
How about you?