Updating a website is a little like cleaning out your closet: you find pants you don't fit anymore, and a few shirts you forgot you had. In my website's case, it got a much-needed face lift. I still have some updates to do (best of all: my 711 book tour! stay tuned...), but it's a good start.

Best part? Updating the main page to include the nice quotes about the Double Vision books. It was a good reminder I'm not so bad at this writing gig--we all need an ego-boost now and then, right?

Tell me what you think!

Here's a great list of books for reluctant readers 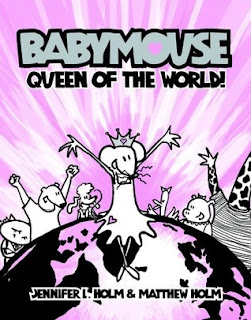 I wish I could take credit for this one, but it's over at Unleashing Readers: Top Books for Struggling/Reluctant Middle School Readers. Such a good resource if you're looking for books your kids will actually want to read.

Oh, and if you're a parent or educator looking for start-of-school book ideas, check out the #titletalk Twitter chat that was on last night. It was buzzing with brilliant book recommendations from teachers, ideas for sharing the book love in the classroom, encouraging community reading--a wealth of energizing ideas. The chats are archived, so you can read the bazillion Tweets by teachers. Very cool.

My most popular blog posts revealed... 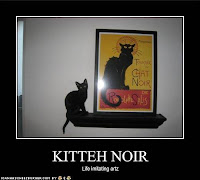 To be honest, I haven't worried much about the popularity of this blog. But I was a little curious, since I've been running YA Sleuth for about four-and-a-half years now. My first post had a grand-total of three visitors, by the way...

Most-visited posts of late? Newsy stuff, like book awards, current events, new books to read. Posts related to the Double Vision books were also popular--thank goodness, because I hope people buy them and all. 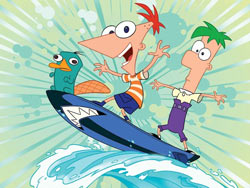 Writer advice is high on the hit list (though I'm no expert, exactly, and I should probably add a disclaimer to sign with each of those posts). Kittens, of course are chart-toppers. But my most popular post of all time was about....

Phineas and Ferb. No lie.

The internet is a wondrous place, guys....

Email ThisBlogThis!Share to TwitterShare to FacebookShare to Pinterest
Labels: by the numbers, kittens again., Phineas and Ferb

One of the best parts of doing school visits is the Q&A sessions after I'm done doing my presentations. I never know what questions I'm going to get. Sometimes, we talk a lot about our favorite foods (donuts with cream in the middle are the best, we all agree), and sometimes, I get a super-smart question. Middle-graders are sharp as a tack, let me tell you.

Like this question: what do you wish you could write (not what you're writing now)?

I know, it's a biggie. I had to think, but not too long. Because aside from my love for all things crime and mystery, I also have a soft spot for science fiction. I don't really have the skill to do all the world-building involved (I think I'm too impatient...), but I admire authors who do.

A nice side-effect to being a writer is that you start to recognize craft, and those who've worked long to get really good at something. And the sad side-effect is that you realize you can't be good at everything. Like writing scifi. Or like playing the banjo as well as the dude on Mumford and Sons. Drawing. Crocheting. Woodworking. Surfing (with an alpaca, like in that picture). Juggling. Baking souffles. All things I would love to do, but... There's not enough time.

So for now, I'll stick with writing mysteries and thrillers. How about you? What craft would you learn if you had all the time in the world?


Here's a beautiful song to inspire you. A bit long at six minutes, but well worth the listen, I promise.

Email ThisBlogThis!Share to TwitterShare to FacebookShare to Pinterest
Labels: craft, I wish I could play the banjo, monday music, Mumford&Sons

Watching summer crime TV for the characters: King and Maxwell 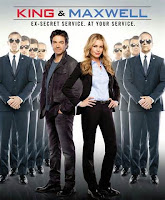 I love summer TV. Usually, the good scifi is on then, and TNT rocks the crime shows I like.

Sure, the plots aren't always the most complicated (I'll often spot the dunnit five minutes in), but it's fun. Someone usually chases a bad guy down a fire escape and into an alley. Or in a commercial kitchen, or a fruit stand at a market, sending apples rolling down the street.

This isn't to say I like cliches, but series crime shows can be comforting in their format. And I tune in for the characters anyway. So when this new show King and Maxwell came on, I started watching. But it took some time to get going. Sure, there was a good crime. But the characters weren't really coming to life for me. I haven't read the David Baldacci series it's based on, but I imagine the characters are good, or people wouldn't be reading the books, right?

I almost gave up on the show, when they threw in a supporting character: Edgar. He's different, interesting. Pleasantly weird. Much like Walter on Fringe, come to think of it. So I stuck around. A few episodes in, the other characters are getting a little better too. But Edgar does it for me.

Have you ever watched a TV show that had a strong supporting cast you stuck around for?
Seinfeld was another one I liked better for the nutty friends than Jerry (sorry, man...).

When you try to get work done, but you also have kittens, this happens: 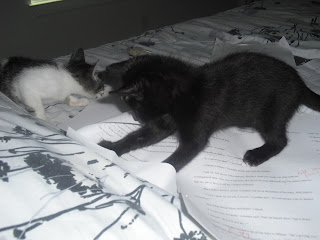 When it comes to editing, I like to print out my manuscript pages and read them on the bed. It's comfy, plus it puts me in reader mode, which is a good thing.

Of course our new residents Chloe and ChuChu love to help me.
Cute, huh?

I thought I'd share to start your week off on the right note. Happy Monday!

Email ThisBlogThis!Share to TwitterShare to FacebookShare to Pinterest
Labels: Blogging About My Cats Even When It's Against The Rules, Kittens, my workspace

What's on your summer reading list? Why it should be a mystery:

I'm over at the Sleuths, Spies and Alibis table today, talking about why summers are for mysteries. I have a 'summer slide' chart with stats on kids and reading, and everything.

Come say hi, and tell me what you're reading!