Do you ever miss the characters of your favorite TV show or book?

My love has been off putting miles on his combat boots at the other side of the world. Me, I take that as an opportunity to get caught up on my British crime shows. They're my favorite, and he doesn't like them so much... 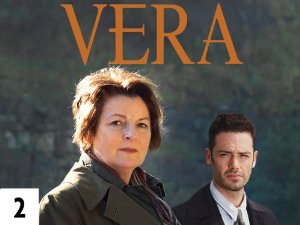 And with the joys of streaming, I can catch whole seasons at a time (well, at least over the course of a few weeks). I watched Wallander, Inpector Lewis, Sherlock (it's a long deployment, don't judge me).

I got into this crime show called Vera, too. The downside to this binge-watching of TV? Sometimes, you get tired of a show, but other times, it becomes a tad addictive. I was all into Vera, but then there were only two seasons. And I missed her, even though she's the most unlikable of characters. Weird, huh?

I have the same problem with some book characters, like Michael Connelly's Harry Bosch. I just don't want these people (who totally aren't real, I do know this) to disappear. But it wasn't until I missed my Vera that I understood why my kid readers get so frustrated when they hear they have to wait for the next book. I get it now. You miss this imaginary person, and the imaginary world they live in.

How about you? Do you have TV show or book characters you're that invested in?